You are here: Home / Presentations and Events

Miriam lectures around North America, Israel and across the world on topics related to gender and Judaism, male-female dynamics and the challenges of Torah in modern society. Her presentations have garnered wide acclaim. 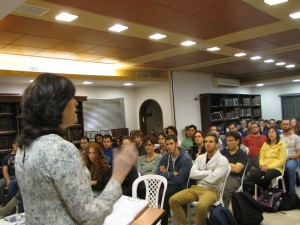 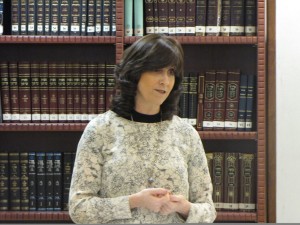 “I found your lecture on Male and Female Energies life changing. I have spent so much 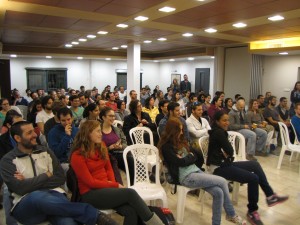 of my life  wondering and worrying about myself in relation to gender and after your class I feel so free to be me, with a wide sense of self that encompasses all aspects of me. ” D. N.,  Student at Tel Aviv University

“I love the way you make being feminine so much wider than the way it is usually presented. I always felt I had to choose between being womanly and being successful. Now I see how there is absolutely no contradiction between the two. I can be my creative,successful , ambitious self without betraying my feminine side at all.”   S. S.   Lawyer,  Tel Aviv 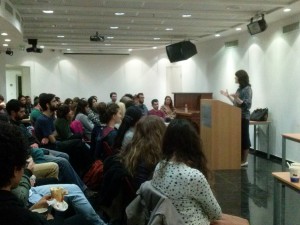 “I have long felt that society is so unforgiving towards men. The standards one needs in order to be considered masculine are so high that they don’t leave alot of space for vulnerability.  Your lecture made me see how all of us as human beings, even the men among us, also have that feminine, vulnerable state.” C. R.  Student at  Technion, Haifa

“I don’t remember the last time I had such an intellectual  and spiritual experience as I did in today’s class! I gave your name over to my daughter’s school’s program director. I BEGGED her to get you to come to my daughter’s school.I look forward to reading more of your book now that I have a clear explanation of the base concepts.-Chaia Frischman, NY

I came into the first class thinking that I, having been born into a religious family, did not have much to learn…. However, as time went on, I discovered that [the course ] was changing my everyday life. It was giving me deeper insight into my Torah life, infusing me with fiery inspiration.-Yosifa Bracha Lehman

To inquire about bringing Miriam to speak to your audience, fill out the following form: